I decided I was going to write an article about changing an alternator with patience.  To show that it can be done by either men or women who don’t know-how.  I live up in the Northwest, where we can have serious summer.  It’s not unusual for us to experience 100 plus degree days during July and August.  I ended up having to change the alternator on my vehicle on one of those searing days.

How in the heck am I going to change an alternator by myself?  I have always done some things on my own, like change tires, check oil, radiator, tire pressure, and washer fluid, but they aren’t mechanical work.  Finding out the hard way if you don’t know how and don’t have the funds, you better learn how.

My husband was very busy working when the alternator went out in my pick-up.  If you don’t know what an alternator is or what it does, it’s the main “heart” of the electrical system.  Wikipedia’s explanation is:

An alternator is an electrical generator that converts mechanical energy to electrical energy in the form of alternating current.

If it isn’t working, you are not going anywhere.  I either fixed it or waited for my husband to find the time.  Mechanics here are difficult to find and usually out of my budget.   I watched several youtube videos that were very helpful and knowledgeable.

Finally finding one that showed me how to take the alternator off was great, but my upper body strength did not budge the wrench.  I was also having difficulty knowing what bolt to try and take out. Having the summer heat beating down, sweat getting in your eyes so you can’t see is not what I needed while trying to figure this out.

I had to get help.  I persuaded my step-son who was home to help me.  We eventually loosened all the necessary bolts and removed the alternator, then I went to the local auto parts store to purchase a new one.

I had excitedly taken the alternator and serpentine belt off of my pick-up and was ready to put the new ones on.  I did have some help with the strength aspect but still felt like this was quite an achievement. Oh, and did I mention I’m not as young as I used to be at a mere 68 years.

I was learning the various necessary tools, how to figure out what comes off and what stays on the engine, and how much strength it takes to move a wrench. I did learn when a wrench won’t move, get a bigger handle. More leverage, easier to move. One thing I wasn’t looking forward to was putting the serpentine belt back around the alternator and the engine.

I brought the new alternator home and proceeded to figure out how to put it on.  Back to the YouTube videos for help.  Putting it on wasn’t any easier than taking it off.  One of the most difficult parts of this job was not having enough fingers, hands, and arms to hold pieces together.  I think that’s where the term “grease monkey” came from.

Bolts fall on the ground, wrenches fall off nuts and the alternator is upside down.  Oh boy!  And the tools you were just using became red hot lying in the sun making them “untouchable.”.  There is nothing more frustrating than doing a job you don’t know how to do and it isn’t working. Back to the videos.  It’s funny how easy it looks when you are watching the video but when you go out to do it, well, it isn’t quite the same.  Just because I am female and not a mechanic doesn’t mean I can’t do it.  The alternator was going on the pickup.

Between my step-son and myself, we finally managed to put the right bolts in the correct places.  Next was the serpentine belt.  To put the belt back in place, all the pulleys need to be in place.  One of them had broken off.  Back to the auto part store for a new pulley.

With the pulley replaced I started to put the serpentine belt back on.  It is like trying to put together a Chinese puzzle.  You know it needs to go there but you can’t see a way for it to go there.  YouTube is wonderful. It showed just how to put the belt back on.

I was so excited with everything tightened down. With all the bolts tight, all the tools picked up, it’s time to see if it starts.  We put the battery charger on it because when the alternator stopped the motor was using the power from the battery.  After the battery charger charged the battery for a while, we tried to start it.  It wouldn’t start. What a disappointment. 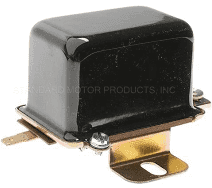 Voltage regulator, any electrical or electronic device that maintains the voltage of a power source within acceptable limits. The voltage regulator is needed to keep voltages within the prescribed range that can be tolerated by the electrical equipment using that voltage.

The parts man sold me a voltage regulator and off I went to attack another mechanical endeavor.  This one didn’t look like it was going to be as difficult to install.  He explained how it went and just looking at it, it seemed pretty simple.

When I got home I took off the old regulator and proceeded to install the new one.  Taadaa!  Easy as pie!  So I got in the pickup and turned the key. Nope.  So now what?  I had a new battery, a new alternator, and a new voltage regulator.

We got my pickup started and I went back to the auto parts store, but this time I took the pickup and asked what could be wrong.  He tested all the parts with his handy-dandy electrical checker and everything seemed ok.  My husband was able to look at it after he was done working.

Between my step-son, my husband, and myself, we figured that one of the bolts that regulate the tension wasn’t tight. Boy, what a day,  I tightened that bolt and we were done. What an experience but I wouldn’t change a thing.  I felt so great about myself even though there were a few bumps in the road, but I got it done.

This site may contain affiliate links at no additional cost to you.  By making your purchases through the links on this website, DSB may make a small percentage at no direct cost to you. DSB only promotes products we use & truly believe in. Please refer to my Privacy Policy and Term & Conditions for further information. DSB thanks you for your support!